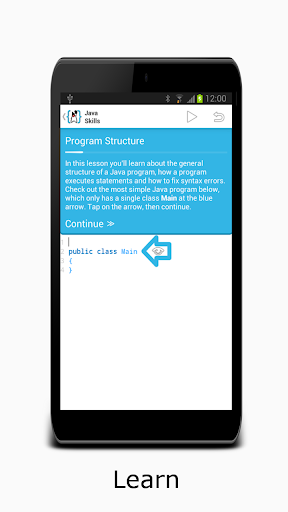 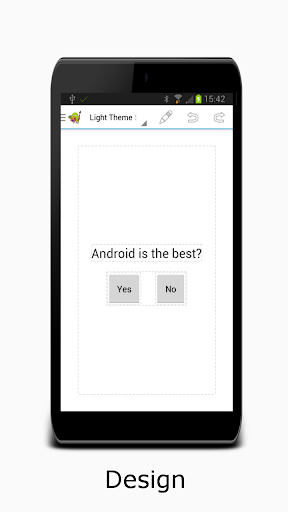 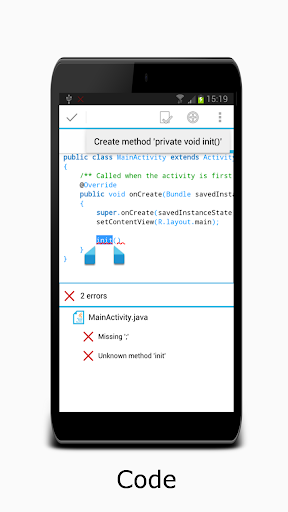 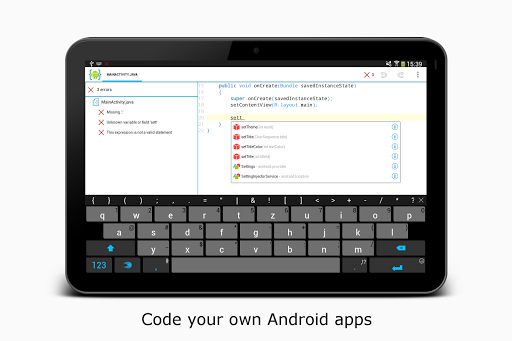 and smart code navigation, run your app with a single click, and use the Java debugger to find bugs.

Follow the lessons, become an expert and apply what you’ve learned in your own app projects.

The app is fully compatible with Eclipse projects. You can just copy the source code to your device and open the Eclipse project in AIDE to start coding.

Purchasing AIDE Prime, the AIDE Premium Key, the debugger, or the UI designer disables all ads in the app.

A brief summary of AIDE features…

UI design:
– Preview XML layouts
– Jump from view in the designer to the XML element

To summarize: AIDE offers Java programming for the beginning, intermediate or advanced programmer.

Beginners can learn to code, developers can do real development.

Using the advanced editor with code completion and syntax highlighting to edit Java and XML files, then compile the software, the use the Compiler to turn it into an app.

Not only does AIDE Support Java development but C and C++ native development is supported as well.